Scratching your head about sudden wintertime pine tree browning? Noticing signs of tree stress such as thinning crowns, dying branches, or even a dead terminal leader (the top part of the tree)?

Odds are you’ve probably not heard of the deodar weevil (Pissodes nemorensis), a wintertime pest of pine trees. Deodar weevils are a small (about ¼ inch) reddish brown beetle with a small head and a long snout with "elbowed" club-like antennae. Deodar weevils are native to North America, among other parts of the world. Their name comes from the deodar cedar, which they were known to infest.

All species of yellow pine in the southeast are susceptible to deodar weevil attack. While other well-known forest pests become inactive (aestivation) as the temperature cools, fall is when deodar weevils wake up from their summer aestivation to feed and mate. 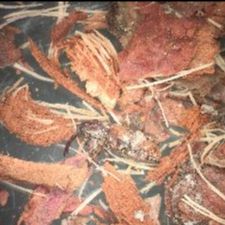 A female weevil will lay one to five eggs in small holes in the bark of a pine tree. These eggs will hatch into white grub-like larvae with a brownish "helmet" head, and they will feed on the inner bark of the tree. Larvae will grow from less than 1/10 of an inch in length to up to about ½ inch long. Larvae will create a "chip cocoon" in preparation for pupating, which is a non-feeding/immobile stage of development. Trees with large infestations can have bark swelling. The pupae are similar in size to the adult weevil but are a creamy white color and are neatly packed with their developing wings and legs wrapped close to the body. Once the adult emerges in early to late-spring, they will cozy up under the tree’s bark and aestivate during summer. 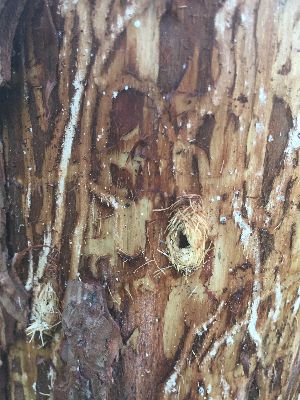